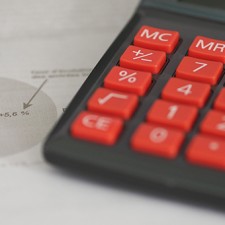 The Spencer Trask Institute, a non-profit affiliate of venture firm Spencer Trask & Co., recently conducted a survey of over 2000 individuals— investors in early stage private equity with interests in early stage technology, internet, medtech and biotech startups. One of the goals of the survey was to test these investors knowledge of, interest in and experience with the current marketplace fascination with Unicorns— startups that have grown to valuations in excess of $1Billion. This Unicorn phenomenon has been a buzz in the venture marketplace for at least the past year, but has recently come under scrutiny as some of the most visible high-flying Unicorns have had their $1B plus valuations challenged and have seen some traditional late stage (pre-IPO) investors balk at writing the big eight or nine-digit checks. Could this portend problems for the entire early stage market? Will valuation skepticism find its way down to lowly ten-to-hundred million-dollar companies?   As the public markets seek a new level, is it possible that the private equity markets will follow suit and reset its own benchmarks at more sanguine levels? All good questions to be answered by the investors in both public and private equity— and the results of the ST Institute survey leads us to some interesting conclusions about what the future may look like for early stage companies, early stage investors and early stage venture firms.

The results are in and it should be comforting to all who are and have been active players in the early stage technology startup market that there are no tsunami waves of change coming. A full 75% of all respondents were happy to confirm that they are currently active investors and expect to continue to invest in early stage startup opportunities that meet their personal investment criteria. Whew! Actually, a 25% turnover in the active investors’ community might not be a bad thing at all— it may actually be a healthy indictor that as one set of investors either cashes out or moves to the sidelines, new fresh set of investors with new money is waiting in the wings to pick up the torch and carry on. New investors means new ideas, new requirements and expectations, possibly a new, more modern and contemporary viewpoint and understanding of tech trends and potential upside of breakthrough ideas and disruptive technology innovations. Despite the fact that only 13% of respondents have actually invested in a company that was a member of the $1Billion Startup Club, 42% confessed that they continually search for the next $1B startup club member— the remaining 58% seem to have set their sights a bit lower and are content to seek opportunities with a higher chance of success but likely with a lower payout multiple!

The one question with possibly the most surprising response was the question that focused on the current view of private company valuations. Many of us here were prepared to hear investors shriek and moan over current private company valuations vs. their true strength and future monetization values— and we were not surprised. Only 28% of those surveyed told us that they believed that Unicorn valuations— those over $1B— truly reflect the strength and future value of these companies. This is understandable at a time when some of the biggest and most widely known (but not necessarily widely held) Unicorns are facing huge marketplace and regulatory challenges to their business models and growth plans. Their sentiment was supported by the fact that nearly half of the class of 2013 companies that had gone public were selling for less than their IPO prices. Year-to-date figures for the class of 2015 IPO’s reveal that fully 58% of the companies which became public in 2015 are trading below their initial IPO prices. There are many explanations which could be offered to explain why the remaining 28% of responses to the Unicorn valuation question are skeptical of current valuations— not the least of which is a desire to keep the valuation flames burning brightly until they get in and get out of their favorite Unicorn deal. Many could be reassured by the Facebook, etc. post IPO performance that confirmed the private valuation even though they were very high. There is always the FOMO phenomenon— the fear of missing out on the tidal wave of Unicorns until each investor has gotten their bite of the apple. Statistically, consistent survey responses over 70% would represent a very strong opinion being voiced from this audience and one might assume that to be this strongly aligned in their opinions, this audience must have extensive experience with $1B Unicorns— but when polled on whether or not they have ever invested in any member of the $1B Startup Club, only 14% had direct investment experience— the remaining 86% have watched from the sidelines. Clearly the demographics of the survey audience biased the answer to this and other questions about direct Unicorn experience, since the Spencer Trask investor network consists of high-net-worth individuals who are inclined to invest small to moderate amounts ($50k-$200k) in a number of early stage companies with a long term outlook. When asked, 70% of the respondents confirmed that they had never even had the opportunity and were never invited to invest in any of the companies we now call Unicorns.

But before we extrapolate the survey findings into a conclusion that says that today’s valuation multiples are unrealistic and unsustainable, let s reflect on two succeeding questions which illuminate the respondents thinking into the future. When asked if these Unicorns could sustain these valuations and multiples into the future, 81% agreed that it was not likely, and an even more definitive 86% said they believed that this current Unicorn phenomenon which resulted in the $1B Startup Club, is an early indicator of an Internet bubble which will cause these companies to be repriced at much lower levels. Taking all three of these questions together and attempting to get an overall viewpoint of investor sentiment about members of the $1B Startup Club, it would appear that investors are fine with extremely high valuations of private companies as long as they are in the deal cheap and early. However, when talking about follow on investment with valuations in the 9 digit area, investors become much more cynical and are happy to leave those late stage checks to those with a bigger appetite such as hedge funds, later stage specialty VC’s, institutions and financial services firms with an eye toward locking up downstream business from the IPO, debt offerings and other investment banking business. Considering that 70% of our respondents have never been invited to invest in a Unicorn deal and don’t expect to be invited in the future, it is reasonable to see that their specific investment focus remains on getting into initial stage deals EARLY (eg., angel round, seed round or A round) and staying within the boundaries of their own personal circumstances, investment criteria and comfort zone.

Further to that point, when given the choice of making a relatively large investment in one deal versus spreading capital across a set of smaller deals, 63% of the respondents in this survey would spread the capital and hedge their bets rather than roll the dice with a big, one time investment. This sentiment is consistent with our findings from every prior survey of investor intentions. They would much rather have a number of dogs in the hunt knowing that their total return may be dampened as one deal succeeds and another fails, than pick one early stage opportunity and invest a material sum in that one venture. In fact, 83% of the respondents consider themselves to be long-term investors who are willing to wait an extended period of time for their investments to mature and reach their true potential.   Those investors are a very appreciated and sought after community for early stage companies— whether raising an angel round, trying to seed a friends and family round or seeking a venture capital firm who understands the challenges, nuances and complexities of taking a new idea from concept to development to market.

Some High Level Conclusions and Observations

The $1B Startup Club is indeed a recognition that what started as a concept or idea in the not so recent past is now an ongoing enterprise with products/services, management, staff, customers and revenues. It is the goal and dream of every angel investor and every venture capitalist to know that they saw something very special at the earliest stages of gestation and then backed their vision with investment capital to help the startup along its path to success. Knowing firsthand the challenges that each of these companies faced along the way— execution challenges, talent acquisition challenges, capital availability (the right amount at the right price) challenges, marketplace resistance, possible regulatory resistance, competition, and a long list of other trials and tribulations that all startups face, we must recognize each for their accomplishments, perseverance and vision. Regardless of what we may think of their offerings, they must be doing something right to have garnered a confirmed investment at a valuation in excess of $1B! Many of you who participated in the survey voiced your concerns loudly when asked about the validity of those $1B+ valuations. Since all of these companies are private, there is no public information available concerning the key metrics that investors typically rely upon to determine a company’s value. The only ones with that information are company insiders and those investors who were granted access to selected information before confirming their intentions to invest. At the levels of valuation and investment we see here, it can no longer be referred to as an early stage angel-like investment— a better analogy would be to consider any transactions with the $1B Startup Club members look and act more like a Private IPO— without the filings, disclosures, compliance requirements and all of the other safeguards that have been put in place to protect the private investor in the public marketplace. Insiders can sell some of their equity to the investor— taking a little ‘off the table’ before having to answer to later public scrutiny and earnings/revenue expectations of Wall St. CEO’s become rock stars and management teams all become billionaires on paper.

As has been confirmed once again by this survey, Spencer Trask investors are a savvy, knowledgeable and cautious community, often influenced as much by wanting to do good as to do well. They expect comprehensive and transparent disclosure on each opportunity, they invest cautiously in opportunities that meet their own specific investment criteria, they do not exclusively seek big home runs and allocate their capital accordingly and they take a longer term, more sanguine view than that which exists in the hype cycle of Unicorns. Certainly, any investor would enjoy watching a seed level investment at a modest valuation become a $1B enterprise and rewarding investors with life altering returns but our investors understand that for every Unicorn there are 20 wannabe one-horned Unicorpses with disappointed investors.  That is why they call it The Shark Tank!